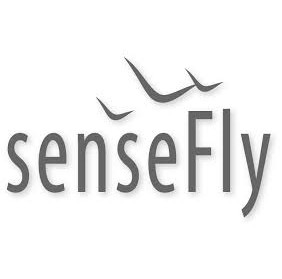 The project’s goal is to demonstrate that BVLOS UAS flights can be conducted safely and efficiently, to the benefit of all Canadians, while providing cost reductions and/or operational efficiencies for the different use-cases involved.

“We are truly excited to get the go ahead for this ambitious project,” said Chris Healy, the owner of IN-FLIGHT Data. “Working closely with senseFly and our 20 partner organisations, we’ll be collecting a huge amount of geo-accurate data—across many types of long-range drone applications—which we are confident will help contribute to the creation of pragmatic future BVLOS (Beyond Visual Line of Sight) legislation.”

“The scope of this trial is, we believe, unique in Canada, if not the region,” added senseFly’s Regulatory Project Manager, Samuel Dépraz. “The vast amount of flight safety data and learnings that Chris’ team will collect and share will be extremely beneficial to the future growth of Canada’s commercial drone industry, and I’m sure other regulators around the world will be following this project with interest. With IN-FLIGHT Data’s extensive operational experience, the project’s diverse, committed partners, and its ‘Compliant’ senseFly drones, I’ve no doubt this trial will be a success.”

IN-FLIGHT Data’s trial will run until early November. During this time the company will aim to complete one BVLOS mission per week. Defined by the trial’s 20 partner organisations, these missions will span everything from pipeline surveys and crop mapping to landfill volume analyses, graveyard inventory assessments and even search and rescue applications.

“The reasons we made this trial so large are two-fold,” said Healy. “The more data, the better the risk models Transport Canada can create, which will help them to create safety-focused BVLOS regulations that benefit everyone. And secondly, there are just so many potential BVLOS applications out there, we really wanted to explore a good number of these.”

The flight safety data collected during the trial will be provided to Unmanned Systems Canada and TC to help define BVLOS risk models for different categories of unmanned aircraft. In the case of IN-FLIGHT Data, the eBee and eBee Plus drones it will use during the trial, designated ‘Compliant’ systems by TC, fall within Canada’s TC’s proposed ‘Very Small’ (sub-1kg) and ‘Complex operations (urban)’ commercial drone categories respectively. These UAS will be operated using senseFly’s commercial-grade eMotion ground station software, which includes integrated air traffic and geo-awareness data—key to running safe BVLOS operations in non-controlled airspaces—courtesy of AirMap and uAvionix air traffic data systems.

In 2017, senseFly became the first drone operator to be granted ‘anytime’ Beyond Visual Line of Sight (BVLOS) authorisation in Switzerland, plus its systems are currently approved for BVLOS use in France, Spain, Denmark and China. senseFly was also one of several organisations that were instrumental in the success of last year’s ground-breaking Unmanned Traffic Management (UTM) demonstration in Geneva (Swiss U-space demo). The eBee Plus, eBee SQ and albris were designated ‘Compliant Unmanned Aerial Vehicles (UAV)’ by TC in August 2017, while senseFly’s original eBee drone became Canada’s first compliant fixed-wing drone back in 2015.