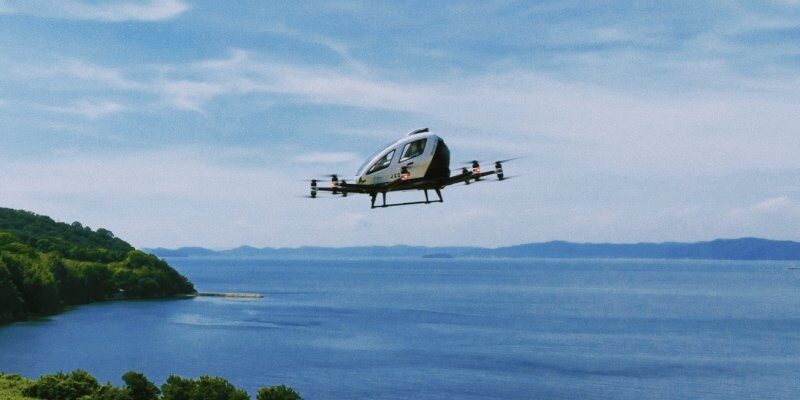 EHang completed demo flights of the eVTOL EH216 AAV in four cities in Japan this July, including over-the-sea operations  as well as point-to-point flights, both believed to be the firsts for an eVTOL in Japan.

On July 6, the aircraft made a flight over the sea in Fukuyama and on July 13, EHang led a point-to-point flight in Oita City. On the 18th it was Amagasaki’s turn to receive the eVTOL and on the 21st of July the vehicle conducted a demo flight carrying 80 kilograms of cargos in Sakaide. In addition, EH216 held demonstrations flights in downtown Oita on July 14.

The Chinese manufacturer’s objective with this tour in Japan was to explore the opportunities and challenges in Urban Air Mobility (UAM) in different environments, both for the transport of people and for the integration in logistics chains.

The testing period marked the 1,000-day countdown to Expo 2025 in Osaka, Japan. The launch of commercial operations with EHang’s eVTOL is being planned for the occasion.

“We are very pleased to complete the EH216 demo flight tour in 4 Japanese cities, which has set our footprint in up to 6 cities across Japan, and laid a solid foundation for our continuous expansion in the Japanese market. With EHang’s first mover advantages and leading expertise in AAV technologies, we expect to have the opportunity to provide EH216 flights for the Expo 2025 Osaka, Kansai, and implement EHang’s safe, autonomous and eco-friendly UAM solutions in Japan in the near future.”

The EH216 is a two-passenger autonomous eVTOL. With 16 engines, the vehicle can reach 130 km/h and an altitude of 3,000 meters and fly for 35 kilometers. The first tests with the aircraft were carried out in 2017.