MundoGEO#Connect LatinAmerica 2013, Conference and Trade Fair for Geomatics and Geospatial Solutions is bringing its final programming, with more than 15 activities among seminars, special events, courses and user meetings. The third edition of the event will be held in June 18 thru 20 2013 at the Frei Caneca Convention Center, in Sao Paulo, Brazil. The previous edition had 3,350 attendees from 27 countries and over 70 global brands in the trade fair.

One of the highlights of the event since its first edition, is the award ceremony, with the support from Garmin – the global leader in GPS navigation systems – recognizes professionals, companies, institutions and renowned brands in the geospatial industry. The categories choice, finalists and winners are chosen by the community itself.

In 2013 an online survey was made available, inviting the community to announce new categories for the Award ceremony and also to assess the voting process and the criteria of previous editions.

In the 2012 event edition, there were 21 categories, which were chosen through online opened voting, and four special prizes. Overall, there were more than 9,000 valid votes, a much larger number than the 2011 edition, the first Award version. 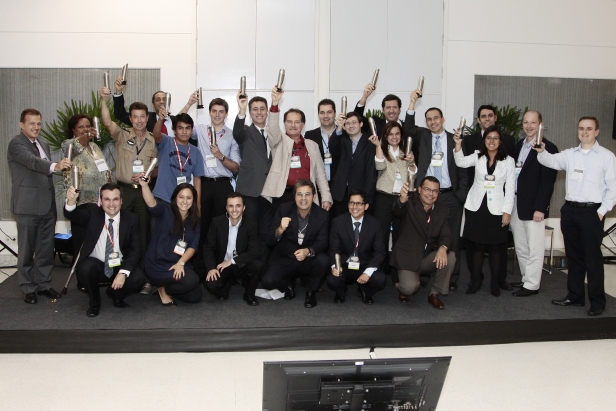 Last year, the awards ceremony featured new categories chosen through suggestions made by the community, such as the best of Geo Twitter and Best Junior Company. The most acclaimed categories were: personality of the year in the geospatial industry, which recognized João Francisco Galera Monico, from UNESP, most important public institution (IBGE), best education and research institute (INPE), among others. Check out the complete award winners list of MundoGEO#Connect 2012.