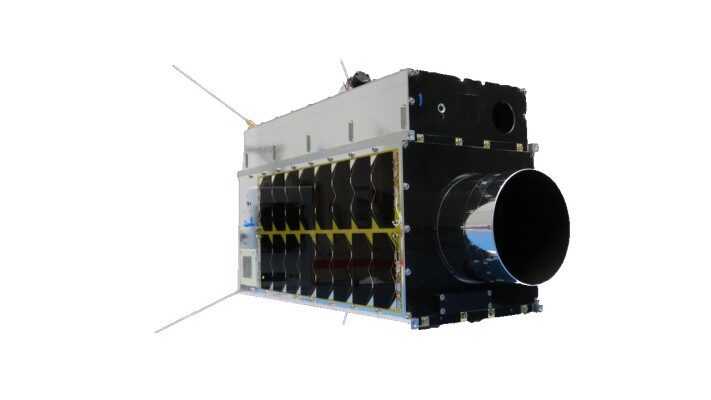 Space Flight Laboratory (SFL) has been awarded a contract by GHGSat, world leader in high-resolution remote sensing of greenhouse gas emissions to build another three microsatellites – GHGSat-C6, C7, and C8 – for the company’s commercial greenhouse gas monitoring constellation. A key factor in the selection was the high-performance attitude control system developed by SFL to enable precise pointing of the onboard methane-detecting sensors.

GHGSat has achieved unrivaled success in detecting and measuring point sources of greenhouse gas emissions on the Earth’s surface from space. Thanks to its technology, GHGSat is the only organization in the world capable of detecting methane emissions from sources 100 times smaller than those detected by other satellites by using a resolution 100 times greater than other systems. GHGSat-C6, C7, and C8 are needed to meet the growing commercial demand for GHGSat services and information products.

As the three newest GHGSat satellites began development, SFL was completing successful testing of GHGSat-C3, C4, and C5 planned to launch in summer 2022.

GHGSat CEO, Stephane Germain says, “Satellite data is critical to make informed decisions and take immediate action for a sustainable future. GHGSat is serving this need with our growing constellation, identifying methane leaks around the world, every day.”

“GHGSat is recognized as the world leader in high-resolution remote sensing of greenhouse gas emissions,” said SFL Director Dr. Robert E. Zee. “SFL is proud to assist GHGSat in expanding its capacity to meet demand for these important services.”

The GHGSat contract win marks another highlight in an impressive run of accomplishments by SFL over the last two years – roughly coinciding with the COVID pandemic. Since early 2020, SFL has seen 25 of its microspace satellites launched and commissioned. The company has also been awarded contracts to build two microsatellites in the NASA Astrophysics Pioneers program, to develop Norway’s NorSat-4 maritime tracking microsatellite and the technology demonstration mission NorSat-TD, and to collaborate on a series of communications CubeSats by a Canadian firm.

The Importance of Spacecraft Stability

GHGSat first chose SFL in 2013 to develop the GHGSat-D (Claire) demonstration satellite to prove that sufficient on-orbit stability and sensor pointing could be achieved by a satellite platform small enough to meet the cost considerations of a commercial business model. Launched in 2016, Claire was a breakthrough small satellite mission that exceeded its objectives. GHGSat then contracted SFL to build GHGSat-C1 and C2 commercial satellites, currently in orbit, launched in 2020 and 2021, respectively.

All eight commercial GHGSat satellites (C1-C8) have been, or are being, developed using the SFL 15-kilogram Next-generation Earth Monitoring and Observation (NEMO) microsatellite platform. The GHGSat C3-5 and C6-8 satellite groups have each included technical improvements to enhance data processing and communications.

“Achieving the on-orbit stability to precisely point an atmospheric sensor on a satellite of this size and relatively low cost is rare,” said SFL’s Zee. “From the Claire demonstration mission to the commercial microsatellites now under development in our Toronto facility, SFL continues to refine our industry-leading attitude control technology.”

In its 24-year history, SFL has developed CubeSats, nanosatellites, and microsatellites that have achieved more than 177 cumulative years of operation in orbit. These microspace missions have included SFL’s trusted attitude control and, in some cases, formation-flying capabilities. Other core SFL-developed components include modular (scalable) power systems, onboard radios, flight computers, and control software.