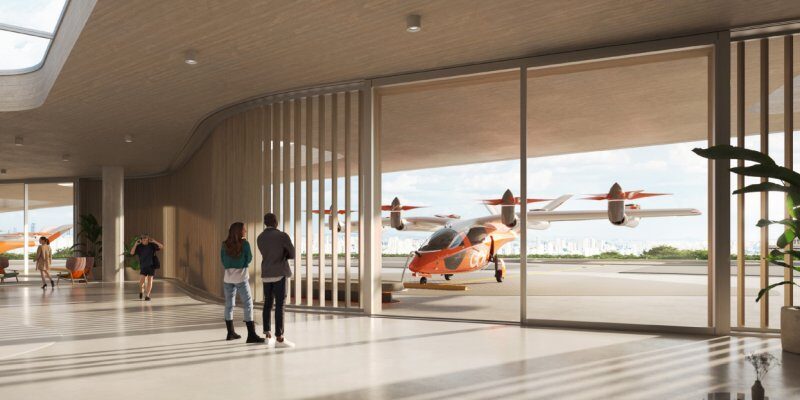 Avolon, Corporación América Airports (CAAP), Gol, Grupo Comporte and Vertical Aerospace have announced a partnership to explore the infrastructure requirements to bring eVTOL passenger flight to Brazil within this decade.

The partnership will explore and define vertiport design and locations, as well as further infrastructure requirements for eVTOL operations in Brazil. The group expects Brazil will be one of the pioneering markets, specially based on helicopter services expertise.

Corporación América Airports counts with a team dedicated to Advanced Air Mobility (AAM) and has already developed its own conceptual vertiport design and progressed AAM traffic analysis across several countries.

This partnership builds on Gol’s and Grupo Comporte’s commitment to purchase or lease up to 250 of Vertical’s VX4 eVTOL aircraft from Avolon, announced last year. The Working Group has already conducted project familiarisation workshops with the Brazilian National Civil Aviation Agency (ANAC) to permit the swift validation VX4 aircraft.

“Within reach, we have at hand a unique opportunity to unite the efforts of all parties involved to create a sustainable and safe operating ecosystem for eVTOL, with zero carbon emissions, both in Brazil and beyond. Constantly expanding in the regional segment, Gol is committed to including new and providential connectivity alternatives with this new air modal, based on its already extensive air network.”

“I’m delighted that Vertical is partnering with Avolon, GOL, Grupo Comporte and CAAP to deliver critical eVTOL infrastructure in Brazil. It was in Brazil that I had the inspiration to begin Vertical Aerospace so it is incredible to see it becoming a reality there.”