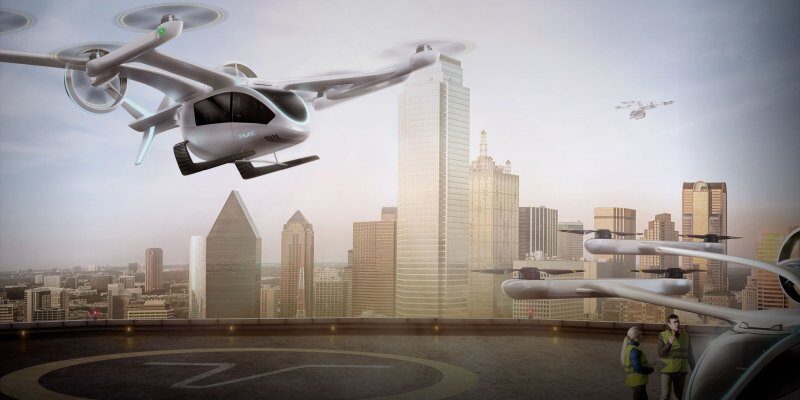 The Brazilian Department of Airspace Control (DECEA) is working on a model that requires less human intervention to ensure proper separation, safety and flow management in eVTOL operations in Brazil. This represents a radical departure from the current pattern, in which air traffic controllers define the separations and sequencing of planes and helicopters.

This is what Captain Márcio André Silva, manager of DECEA’s Urban Air Mobility project, said at the event “eVTOLs and Vertiports – Law, Aviation and Urban Mobility”, organized by the Aeronautical Law Commission of the Brazilian Bar Association – Section of São Paulo (OAB-SP).

“In what is expected for the evolution of the UAM [Urban Air Mobility], there will be a very large scalability. If we scale the system in the way it is today, being managed only by humans, we would have to create new control centers and put in new people and that would be practically unfeasible”, he said.

As the technology of eVTOLs is disruptive, traffic control agencies are expected to follow this path. For this reason, the expectation is that technology will play a leading role in the ecosystem where planes, helicopters and eVTOLs will have to live together.

“We think about optimizing the use of human resources and seeking the use of technology. Some companies are anticipating technologies that meet these demands, so that we can reduce the complexity and subjectivity [of the human being], seeking more defined parameters so that the system by itself can perform a certain function”, he adds.

The forecast is that eVTOLs will start flying regularly in Brazil in 2026, a period considered short for all actors to be at the same level of maturity. That is why, according to Captain Márcio André Silva, Decea must carry out some basic work, even before the aircraft certification process, and with the participation of the current staff of 3,500 air traffic controllers to guarantee a safe path for operation.

“Our air traffic controllers will need to be guided. They are used to working in the current standard, so they will need to be informed, updated, trained and empowered,” he said.