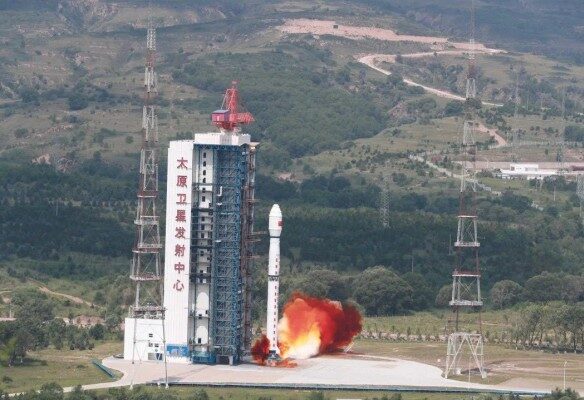 The HEAD-2G is the 8th satellite as part of the HEAD Skywalker LEO constellation, which will consist of up to 48 small satellites, all equipped with multiple payloads, including AIS/VDES, DCS, and ADS-B in both SSO and inclined orbits. The constellation will offer near real-time, low power, and secure global space based IoT services when completed in 2025.

The Skywalker Constellation offers affordable connectivity and supports many Narrow Band IoT applications, including asset/tele-control management, utilities, maritime, mining, oil and gas, livestock, and agriculture, minimizing the need for human intervention and enabling customers to access data from thousands of sites however remote and bringing it to a central data centre for analysis and actionable insights.

With this launch, the Skywalker constellation has improved its global IoT connectivity offering from 8 times per day to 10 times per day for its customers to connect outside of cell-based terrestrial networks at a comparable cost.

“We are continuously looking to improve global connectivity for the Internet of Things (IoT) devices are seeing huge demands for remote tracking and monitoring of assets in various industries fuelling a strong need for satellite based IoT services. This launch is a step forward in providing immediate services and in our commitment towards completing a seamless LEO network by 2025″.

The economic value that the IoT could unlock is large and growing. By 2030, the estimation is that IoT could enable $5.5 trillion to $12.6 trillion in value globally, including the value captured by consumers and customers of IoT products and services – McKinsey November 2021. The report also states that B2B applications will account for about 65 % of the potential for IoT growth, which, in economic terms, translates to $3.4 trillion in the low case scenario and $8.1 trillion in the high case scenario.

HEAD Aerospace designs and manufactures all the hardware, software, and protocols for its satellites and ground modules & terminals at its in-house design centre. This end-to-end control in the manufacturing, supply, and service chain enables the company to provide its customers with better value, security, productivity, and operational efficiency.
The next satellite in the Skywalker Constellation is scheduled to launch in November 2022.

HEAD Aerospace is a one-stop-shop service provider with integrated access from multiple Earth observation (EO) satellite constellations to complex turnkey geospatial solutions. A global network of more than 120 partners accesses HEAD’s centralized geodata hub of satellite imagery collected from more than 76 on-orbit satellites with image resolutions ranging from 0.3m to 1m, tri-stereo imaging, true-color night imaging, hyperspectral, video from space, C-Band, X-band, and L-Band SAR. By 2023, the EO constellation expects to be complete with 130+ satellites. The strategic partnership with Chinese satellite operators enables the supply of satellite imagery from Chinese sensors across the globe. These industry-leading satellites provide enormous capacity and monitoring capabilities due to frequent revisit times from the ever-growing number of sensors. A revisit capacity of 15 minutes is possible by our submeter resolution optical satellites from 56 in orbit in the morning now, and every 15 minutes anywhere 9 am to 5 pm or daily everywhere with 138 in the complete deployment of the Jilin-1 Constellation.

Next to the EO business unit, HEAD operates its own Space-based Internet-of-Things constellation, Skywalker, with eight on-orbit satellites as part of the 48 satellites constellation plan in 2025. The Skywalker Constellation has a data collection capability from ground-based terminals every hour, down to a few minutes, depending on latitude. It also carries AIS, VDES, and ADS-B payloads for ship detection and airplane monitoring services. HEAD, with eight satellites in orbit, provides data collection at least six times a day worldwide, enabling immediate services to the market.

HEAD has representation globally, with subsidiaries in France and the Netherlands and local employees on each continent. Together the team speaks native or fluent Arabic, Afrikaans, Chinese (Cantonese & Mandarin), Dutch, English, French, German, Italian, Kazakh, Portuguese, Russian and Spanish.