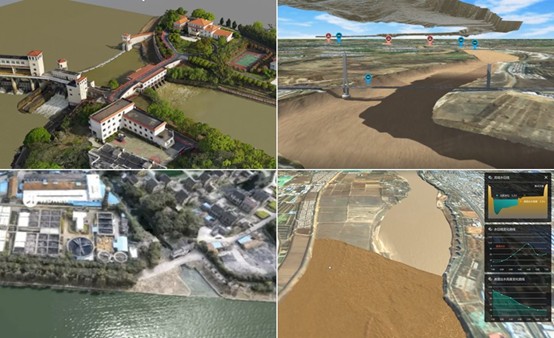 Flood control structures, such as dikes, dams, spurs, levees, drainage channels, and floodways, are intended to protect coastal and riverine areas of cities, farms, and other areas of economic value, as well as the people living there.

These structures are expected to prevent flooding of the low-lying regions and nearby buildings, such as homes, businesses, roads, and railroads, in some cases by channeling the flow of water into a body of water, such as a lake, sea, or water reservoir.

When properly designed and constructed, they can significantly reduce flood damage, encourage development in flood-prone areas, and provide safety for communities.

However, if improperly designed, constructed, operated, or maintained, they may be insufficient to stop an uncontrolled flood and can increase the risk of flooding.

Thus, when planning a new structure, engineers must have highly accurate data to build a digital twin flood model that will provide a scientific foundation for engineering and building the future flood control structure.

How exactly should the digital twin flood model be built? What should it be based on? Let’s discover the project of the Chinese Bureau of Hydrology and Water Resources that was recently implemented on the part of the Yellow River in China, targeting the 28 km section of the river basin.

Read the full article to get more information.