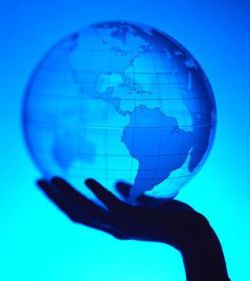 The objective of the first, with the Mineral Research and Resources Company (CPRM), is to map extreme risk areas in 74 Brazilian municipalities, with a total area of 90,000 square kilometers. The cities to be monitored were selected based on a study that pointed out the greatest probability of landslides and flooding. The project will take 15 months and is a part of the Federal government’s Accelerated Growth Program (PAC).

To carry out the mapping program, Bradar will use remote sensing technology Interferometric synthetic aperture radar that operates on the X and P bandwidths, which are capable of generating high-precision maps.

“We are very pleased to be able to take part in this project, because our product was proven to be qualified as the most adequate for this type of survey,” said Bradar President Mauricio Aveiro. “We will be able to contribute data that is able to guide the actions of public authorities in preventing natural disasters and catastrophes in these municipalities.”

The other two contracts are focused on monitoring environmental preservation areas around the hydroelectric plants of Belo Monte, in the State of Para, and Santo Antonio, in the State of Rondonia. At Belo Monte, Bradar will monitor the entire area of the plant and will produce high-precision maps. The purpose is to give support to the hydroelectric plant as it manages its basic environmental project of identifying possible deforestation areas, illegal encroachments, proliferation of aquatic plants (macrophytes), shifting earth, and others. The data will be fundamental for the plant to keep track of the field activities of implementing the enterprise.

As for the Santo Antonio plant, Bradar renewed the contract for monitoring the area around the company’s reservoir. This assists in providing monthly records for controlling approximately 2,800 square kilometers, for the purpose of identifying regions that undergo changes in the vegetation, like deforestation, changes along the edges, selective tree cutting, and new buildings, among other aspects.

“The services allows greater control over the preservation area of the reservoirs, while immediately stopping damages to the property and generating documents with highly precise facts and figures,” said Mauricio Aveiro. “It is clear that using radar technology for monitoring large areas is effective.”