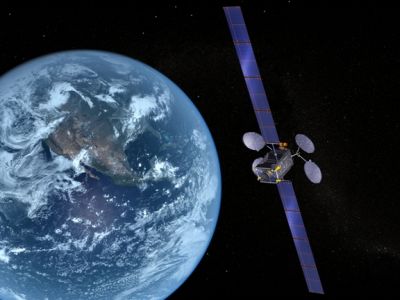 The RSC system is equipped with a new carbon model, developed by Rezatec, which calculates carbon from EO and ground data, whilst the RSC system error and uncertainty values are calculated using methods developed by UCL, providing transparency and reliability for the RSC Carbon products.  The RSC carbon model has been built to accommodate EO data from a range of sources – including DMCii’s high resolution forest imagery Big Data database, developed specifically for this project.  Direct access to the RSC Carbon Products will be through DMCii’s purpose built RSC API and also through the RSC Web Client.  The RSC System will be operational and available for use by third parties from September 2014.

This GBP1.2 million project, supported by the UK’s innovation agency, the Technology Strategy Board, is the first of its kind. It will not only give more certain carbon measurements but will offer a level off transparency on the uncertainties associated with those measurements. The real innovation in this project is the end-to-end quality assurance on offer, said Claire FitzGerald, DMCii project manager. The RSC system quantification of uncertainty allows them to demonstrate transparency to the customers in a way which has until now been unavailable.

This project represents ground-breaking advancements in the way land carbon values are monitored and calculated, as land use change and degradation have been a significant source of atmospheric carbon dioxide and thus a major contributor to climate change. Providing accurate annual land carbon stock measures will allow countries and regions to access the carbon markets and provide a means to making a tree worth more standing up than being cut down, said Professor Mark Maslin (UCL).

Speaking about the importance of clarity in data for decision makers, FitzGerald said transparency about the uncertainties is essential – for example a forestry director in government setting policies based on this information needs to understand how reliable the data are. RSC data will facilitate better informed decision making.

Patrick Newton, CEO of Rezatec, commented on the new approach to calculating carbon values. The carbon stock methodology developed specifically for the project is built on first principles and incorporates feedback from UCL and different stakeholders around the world.

The RSC System recently has been demonstrated to stakeholders in a workshop at the Satellite Applications Catapult, Harwell, Oxfordshire, UK. The project is expected to be finalised and launched at the end of August 2014, at which point the RSC data will be made available for purchase to third parties, accessible via either API or web client.