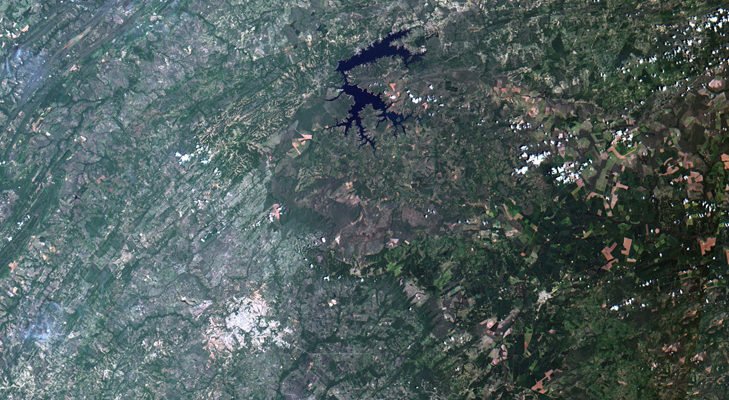 The reception in Brazil the first images of the satellite CBERS 04A occurred on December 27, 2019. After a week of testing with all satellite subsystems and the sequence of maneuvers to put it into its nominal orbit, the three CBERS cameras 04A were connected on Brazil for 11 minutes from 10h56 to 11h07, local time in Brasilia. INPE’s ground station in Cuiaba, MT, received and recorded the raw data from WPM cameras, MUX and WFI, which were processed in São José dos Campos, SP.

The following figures show three examples with images of Brazil, of the satellite cameras.

Next we see examples of the first images received in China. The following image is the logo WPM camera, which carried out a merger between the panchromatic band and the multispectral bands, which give it the color.

From now starts the commissioning phase of the CBERS 04A, is expected to last about three months. During this phase will be evaluated radiometric and geometric quality of the three cameras images. All necessary adjustments in both the processing software and the configuration parameters of each camera will be made during this period in order to generate images of products with the best quality possible. This phase will end with a technical discussion for approval of the final report of the commission by a team of experts. The CBERS 04A will then be declared operational.