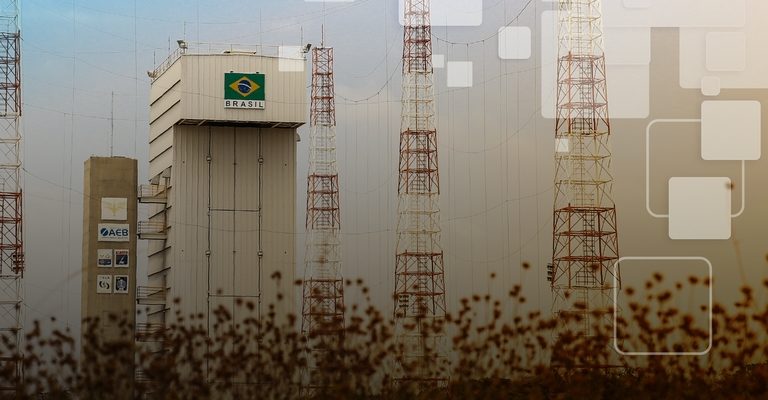 The Brazilian Space Agency, a public agency linked to the Ministry of Science, Technology and Innovations, announced, jointly with the Air Force Command (COMAER), responsible for the Launch Center located in the municipality of Alcântara (CLA), in the state of Maranhão, companies selected to launch orbital and suborbital non-governmental space vehicles. The announcement took place during an event organized by COMAER, on Wednesday (28), at the Brasília Air Base.

Brazilian Space Agency’s President, Carlos Moura, who attended the event of delivery of symbolic registration to the representatives of the selected companies, together with the Chief of the Air Staff, Lieutenant-Brigadier Marcelo Kanitz Damasceno, highlighted the remarkable moment for the Brazilian Space Program. “After the ratification of the Technological Safeguards Agreement by the National Congress, this is another great historic step for the development of the Brazilian Space Program, with the objective of making the Alcântara spaceport an international reference for launches from several countries”, explains Carlos Moura.

At this first moment, three American companies, Hyperion, Orion AST and Virgin Orbit, and a Canadian company, C6 Launch, are under the contract negotiation phase with the Aeronautics. The public call notice was launched in May 2020 by the Brazilian Space Agency and COMAER. A second public call, referring to the use of another area within the CLA, has been in progress since last April 16th. The event was attended by the President of the Republic, Jair Bolsonaro, ministers, parliamentarians and ambassadors.

In his speech, the Minister of Science, Technology and Innovations, astronaut Marcos Pontes, highlighted the importance of the Alcântara spaceport for the development of the municipality of Maranhão, in addition to government actions aimed at the region, such as the delivery of property titles to communities who live close to the Launch Center and the advances so far in the Brazilian space sector. “This is a unique moment of alignment between all sectors for the development of our space program. Many things are still under way. We launched four Brazilian satellites since 2019 and established international partnerships, such as the United States’ Artemis program”, he declared.

The Air Force commander, Lieutenant-Brigadier Baptista Junior, recalled the path of the Brazilian Space Program and the new technologies that attract investors to the space sector. “The miniaturization of satellites, the incorporation of innovative solutions, the expansion of services and the increasingly remarkable presence of the private sector make the newspace come closer as the new frontier of space exploration. Today, there is a growing interest in such activity, which demonstrates investor confidence in the sector’s future, which offers solutions, products and services for everyday life”, he said.

The event also recalled the importance of the approval, by the National Congress, of the Technological Safeguards Agreement (AST) with the United States. It authorizes equipment containing American components, which represents about 80% of the market, to be launched from Brazil, since our country guarantees their protection.

The Alcântara Space Center (CEA) is considered the “Brazilian Window to Space”. For the purpose of space exploration, the Center comprises facilities in Alcântara (CLA) and Natal (Barreira do Inferno Launch Center – CLBI), which are able to provide a wide range of services, from logistical support, integration and tests of payloads and launch vehicles, until the launch and tracking of space objects. Several associated services guarantee the safety and reliability of the launch, such as weather forecasting, radar and telemetry tracking, data recording and analysis, monitoring of the electromagnetic spectrum, among others.

In comparative terms, the Alcântara region has unique characteristics, among them the privileged location of the available sites, at 2º18 ’south of the equator; proximity to the sea, which allows launches in a wide range of orbits, from polar to equatorial, with free evolution over uninhabited areas; favorable meteorological and seismic environment; low density of air traffic; ideal conditions for responsive launches; logistical support for a large city in the vicinity, São Luís.