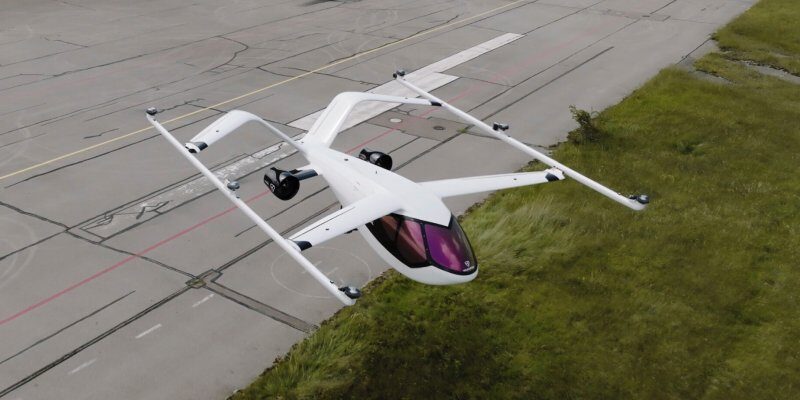 Volocopter announced that its VoloConnect fixed-wing eVTOL performed its first flight in May 2022. The prototype performed some maneuvers during2 minutes and 14 seconds. With this, the aircraft joins other solutions from the German company that are already in the flight test campaign: VoloCity and VoloDrone.

The VoloConnect seats up to four passengers, has a 60 miles range and can reach 155 mph. With these characteristics, eVTOL is being designed for routes beyond the city centers, connecting cities in metropolitan regions. Volocopter’s estimate is that the aircraft will enter into service in 2026.

The VoloConnect prototype is currently being put through a demanding series of flight tests to verify that the aircraft and its systems are in line with the performance limits and prepared for the subsequent development steps. This phase encompasses a raft of different tests, including standardized low-speed, transition, high-speed, and engine failure testing for automated and later autonomous flights.

Within the first three test flights of this campaign, the team was able to verify a significant portion of the eVTOL’s envelope with forward speeds up to 40 mph and 28 mph sideward flight speeds during tests. The test flight envelope will be gradually opened as part of the test flight campaign over the coming weeks.

“This is an extraordinary moment for us – seeing the VoloConnect soar to the sky marks the achievement of one of our key milestones and demonstrates just what we are capable of in a short time and in line with the company’s overall strategy for crewed and uncrewed aircraft. Furthermore, new technologies will be tested that will gradually be implemented during the overall program development.”