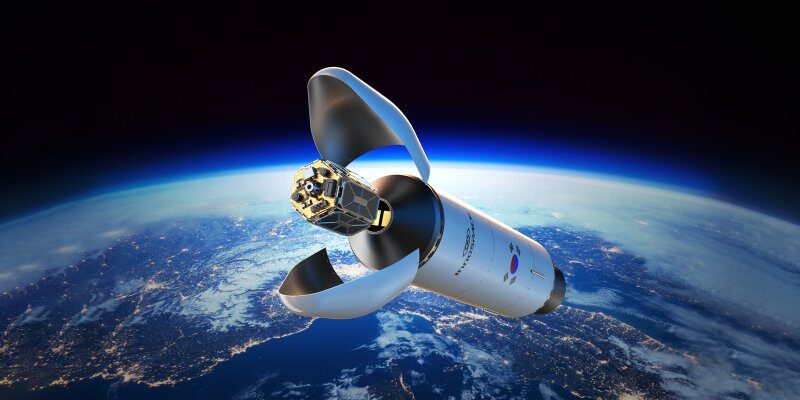 The Alcântara Space Center (CLA), located in Maranhão, in the Northeast of Brazil, is about to be align with the current reality of the space market with the permission of operation for private companies, including international ones. Innospace, a manufacturer of small satellite launch vehicles in South Korea, will start this new phase.

In the CLA lineup, Innospace was not leading the way. However, the US company Hyperion, which was selected in 2021 to operate in the Brazilian spaceport, withdrew from the negotiation and made room for the Asian counterpart. In this way, Innospace is confirmed as the first private company operating in Alcântara.

The debut is scheduled to take place in December 2022 with the launch of the HANBIT-TLV, a 15-ton thrust single stage hybrid rocket. It is 16.3 meters height, 1-meter-diameter and weight of 9.2 tons.

This launch vehicle uses hybrid rocket engine technology that combines propellants based on liquid oxygen and paraffin, which simplifies its structure and allows thrust control, in addition to being non-toxic and non-explosive. The HANBIT-TLV is powered by a patented electric pump system.

The vehicle underwent testing in late May of this year at Innospace’s Cheongju facility, where it was installed on a portable launch system. On that occasion, the interface integrity and systems compatibilty were verified.

The first suborbital test flight will be carried out in Alcântara, when the first stage engine of the HANBIT-Nano, the South Korean company’s smallest launch vehicle, capable of carrying a 50 kg payload, will be validated. The plan is for the rocket to flight up to an altitude of 100 km and fall into the open seas.

Innospace was founded in 2017 in South Korea by aerospace engineer Soo Jong Kim in the city of Sejong, located less than three hours from the capital Seoul. It is also where the company’s Aerospace Research and Development Center is located. The company’s other facility is in Cheongjiu, where testing of vehicles and engines takes place.

The startup was born in the wake of the growth of the small satellite market and with the aim of making access to space cheaper, with reliable low-latency launch services.

“Innospace’s ultimate goal is that the small satellite launcher carries the satellites so that they can access the Sun-Synchronous Orbit (SSO) in low cost. Starting with the test launch this year, we will continue to develop technologies to enter the global satellite launch service market as soon as possible, and keep strengthening strategic cooperation with the space industry and global commercialization capabilities.”

Soo Jong Kim, CEO of Innospace, in a press release.

Before founding Innospace, Soo Jong Kim worked as a researcher at some South Korean companies linked to the aerospace market, in addition to having worked at the Technion-IIT Rocket Propulsion Center, in Israel, focusing especially on rocket propulsion systems.

In 2020, three years after its founding, Innospace completed an A round of investment, which allowed the company to proceed with testing the propulsion systems and open a subsidiary in Brazil, already envisioning launch activities from Alcântara. The following year, it went through a B round to continue with the manufacture of launch vehicles.

A fundamental episode in Innospace’s history was the license to operate at the Alcântara Space Center, obtained in 2021. It was from this license that the company was able to advance steps and approach flight tests.

Although there are some commercial launch centers in the world, the choice for Alcântara was based on three main reasons. The first was the proximity to the Equator, which guarantees great fuel economy in launches. The second point was the possibility of launching vehicles in equatorial, polar and inclined orbits. Finally, the area has reliable levels of safety and security.

Operating in Brazil since 2020, Innospace approached the Brazilian Air Force (FAB), which culminated not only in the operating license in Alcântara, but also in an agreement with the Department of Aerospace Science and Technology (DCTA) to launch the SISNAV, an inertial navigation system project under development by the DCTA and with the support of the Funding Authority for Studies and Projects (Finep) of the Ministry of Science, Technology and Innovation (MCTI) and the Brazilian Space Agency (AEB).

Under the agreement signed in May 2022, Innospace will carry the SISNAV payload aboard the HANBIT-TLV. At the time, it will be verified if the SISNAV works correctly in specific environments such as vibration, shock, and high temperature that occur in the entire process from takeoff and during the transatmospheric flight.

“This agreement is meaningful in that Innospace and DCTA have been committed to mutual technical and operational development and continued partnership. We hope that Innospace will enter the small satellite launch service market with the successful first test launch of HANBIT-TLV in the fourth quarter in Brazil.”

Soo Jong Kim, CEO of Innospace, in a press release.