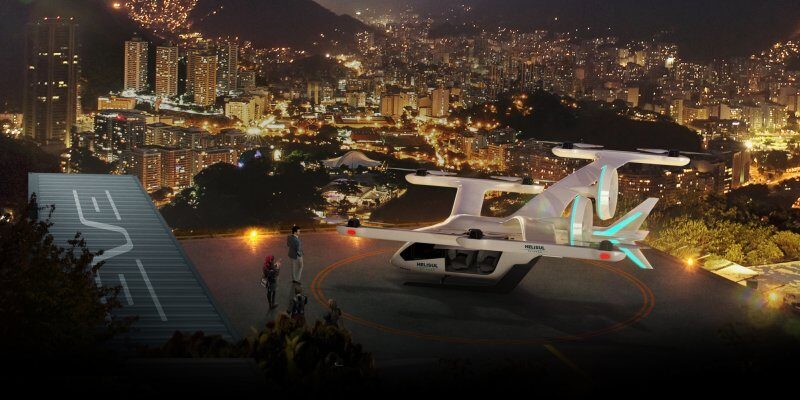 Helisul is one of the most traditional companies in the operation of helicopters in Brazil and Latin America. With 50 years of history, a fleet of more than 50 aircraft and 14 bases in Brazilian territory, it decided that it was time to go beyond what it does today. In addition to creating a division to offer drone services, it is investing in the Urban Air Mobility (UAM) segment.

Despite having been following how this market would develop for years, Helisul entered it for real in June 2021, when it formalized a partnership with Eve Air Mobility to create a strategy to prepare the UAM ecosystem in Brazil. In the same agreement, it also placed an order for up to 50 eVTOLs, electric vertical take-off and landing aircraft.

Since then, the company from Paraná State has contributed intensely to Eve on several fronts, being present at crucial moments in the maturation of the passenger aircraft project and its future operation in large urban centers in Brazil.

The main contribution so far has been the strategic partnership during the period of test flight operations carried out in Rio de Janeiro in November 2021, when an UAM ecosystem was simulated connecting Barra da Tijuca with the Tom Jobim International Airport, Galeão. On that occasion, for a month, a Helisul helicopter was used to transport passengers on that route on six daily flights.

The result of this simulation was the Concept of Operations (CONOPS) for the UAM futures market in Rio de Janeiro, published by Eve in May 2022. The document, a pioneer in Brazil and in the world, included data and analyzes that cover the vision, the points of care and operational needs for eVTOLs, the user journey and support services.

Within the Rio CONOPS, but already in 2022, Helisul still collaborated with other experimental flights that evaluated new technologies of autonomous systems in real flight conditions, as part of the Embraer Autonomous Systems Project (Project EASy) that uses agile testing processes to develop solutions that can drive the autonomous aviation of the future.

In the seven days of tests, Eve, Helisul and other partner companies explored conventional and extreme scenarios for the take-off, climb, cruise flight, approach and landing phases. Helisul’s helicopters were flown by professional pilots throughout the entire route, while the systems captured data and performed calculations instantly.

Helisul operates in specific segments that use helicopters, such as air medical transport, external cargo, firefighting, transmission line inspections, among others. In addition to these, since its founding in 1972, the company operates panoramic flights, notably in Rio de Janeiro, Foz do Iguaçu and Curitiba.

This experience in transporting people in urban areas was the point of connection between Helisul and Eve. What the company from Paraná does today with helicopters, it will be able to do with eVTOLs in the future, in an even more efficient and cleaner way.

“With cities growing bigger and traffic more and more congested, our partnership to build intelligent solutions and practices for urban mobility in the big cities will improve quality of life reducing air pollution and moving times with door-to-door transportation.”