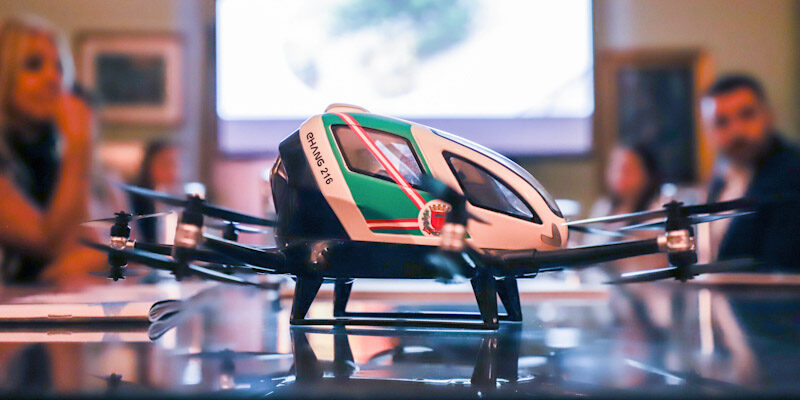 EHang, a Chinese manufacturer of autonomous aerial vehicles, chose Curitiba to carry out the first flight of an eVTOL in Latin America. The proposal was presented to the mayor of the capital of Paraná, Rafael Greca, last Thursday (19).

The intention is that a first demonstration, still without crew and passengers, will be made during the fourth edition of Smart City Curitiba Expo, which will be held between March 22nd and 24th.

In addition, EHang, through its representative in Brazil, AT Global, will also seek the regulation of manned flights in this type of aircraft with the Brazilian National Civil Aviation Agency (Anac).

EHang will use the EH216 model in the demonstration, which is an autonomous eVTOL that is already undergoing tests in China and Europe. It has three variants: EH216S for passengers, EH216F for firefighting and EH216L for transporting goods.

“Curitiba was the natural choice for having structured itself with this profile of a smart and innovative city. To spread the culture of a new form of mobility, we could not have a better showcase for our product.”

Alexandre Daltro, CEO of AT Global.

According to Daltro, this will be the first step to create, in 2023, a regional headquarters for the south of Brazil and a business center for logistics, firefighting and air taxi aircraft in Curitiba.

The Chinese company will also promote the accessibility of all necessary information coming from autonomous aircraft operations, products and services to relevant national and local government departments, and provide full support for commercial operations, sales and services, production and infrastructure construction in Brazil.

In addition to the eVTOL itself, the vertipoint project for the city, created by the founder of the Arquitetare office, Elaine Zanon, was also presented. The initial proposal would be to install the structure in Barigui Park.

The viability of installing the vertiport will be evaluated in the studies to carry out the operation in Curitiba, which includes the necessary investments and the exact location of its installation.

“This proposal would definitely place eVTOL in the city, helping people to get to know this new way of getting around, bringing the future to Curitiba to be replicated throughout Brazil.”