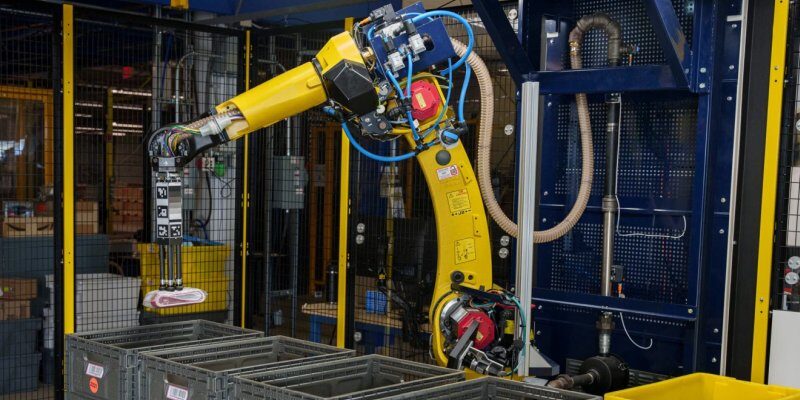 Amazon introduced Sparrow, the new robotic system incorporated into the logistical processes within the company’s warehouses. The robot is the company’s first to detect, select and handle products from inventory individually and automatically, without the need for human intervention.

According to Amazon, the robot can identify about 65% of the products that are in the company’s inventory. Additionally, the Sparrow is capable of handling items of various shapes and sizes.

Last year, Amazon’s employees around the world picked, stowed, or packed approximately 5 billion packages—or over 13 million packages per day last year. Sparrow will take on repetitive tasks, enabling employees to focus their time and energy on other things, while also advancing safety.

Sparrow isn’t Amazon’s first autonomous robot. Over the past ten years, the company has been investing in automation within its warehouses, especially after the $775 million acquisition of Kiva Systems. Today, the company operates more than 520.000 robots worldwide.

In 2022, Amazon took the biggest step forward with the adoption of Proteus, the first fully autonomous mobile robot. This equipment moves around the company’s premises, transporting products and operating in the same space as employees, diverting them in an automated manner.